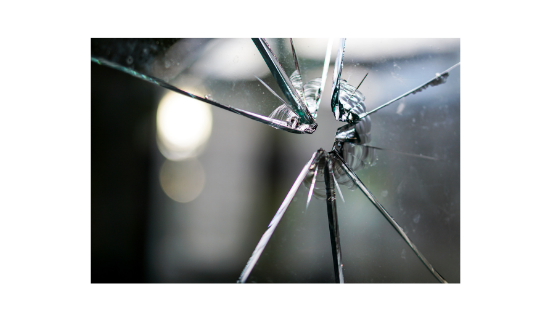 **This is a short story from my current work in progress. It’s written from the point of view of a supporting character and will not be added in the final work. It turned into a great exercise for me. All criticism is welcome. Enjoy.

Maggie followed Detective Charles “Chuck” Massey into the shop with her cousin Jesi behind her. Her shop. The place she worked since she was 15 years old. The memories she had here with her G-ma threatened to be destroyed. Racks of teas and herbs lay in heaps on the floor. Crystals and statues that once shined on the shelves against the back wall were shattered. Books were thrown all about the room. Tears threatened to fall. She blinked and wiped them away from her face. Now was the time to be strong. She could collapse later.

The detective stopped in the middle of the store. He was looking at her. Right, she was supposed to lead the way. She must have stopped. She didn’t remember stopping. The detective looked like a tower in the middle of the mess. The only thing that stood erect in her sea of destruction. Maggie turned and walked toward the counter. She found the cash register behind it on the floor. It was the original one her G-ma bought when she opened the shop. “Herbs and Healing” was G-ma’s pride. She wanted a place where the magical community in this tourist town could come and get the things they needed. Options was more limited back then. G-ma’s shop catered to the booming magical population. She’d left it to Maggie in her will. The only one of her grandchildren who ever loved the shop like she did.

Behind the counter was a small room that functioned as Maggie’s workshop. Herbs were hung up drying near the window. Benches pushed against the wall. All this where she made soaps, teas, spell kits, and custom requests. This was where she learned to make all those things. This small room is where she learned how to dry herbs. She learned the best magic here. This was where she felt safe. Now everything was pushed off the benches now trash on the floor. The herbs remained hanging by the window, missed in the dark. Maggie moved toward the wall opposite the window with Jesi behind her.

“Do you want to?” she asked Jesi. Jesi chewed her bottom lip and looked at the detective. He was inspecting the items that had fallen off the benches.

“I don’t think I can,” Jesi whispered back.

Jesi grew up in the coven with Maggie, but she was always distracted. Maggie soaked up everything they would teach the kids about magic, but she was destined to exist without an active power. Maggie hadn’t felt so alone. Jesi didn’t have a power either. The first ones in the family for 50 years to not exhibit a gift. And then G-ma died and her power went into Jesi. Jesi was devastated. She told Maggie everyday how she wished she didn’t have an active power. Maggie was envious, of course. She never imagined that G-ma’s power would stay in their coven or transfer to someone so old. Not that 28 was old. G-ma’s power was one of the few that only existed in one witch as a time and would move to a new witch upon death.

Then Maggie was asked to teach Jesi all the things she missed or forgot. So she pushed down the jealously. It wasn’t something she could change. But she could do something about her shop.

“Okay Chuckers,” Maggie said as she walked past the workbench and pinched off bits of the herbs drying over the window.

She pulled the curtain shut and walked back toward the back wall.

“So, magic lesson number one.” Maggie smiled at the detective. “I do not have an active power. Everything I do comes from a combination of ritual and words. Some spells are easier than others. Those with active powers have an easier time casting spells. They can forgo ritual and, in some cases, spoken words.”

Maggie rubbed the herbs between both hands. She glanced at the two of them. Chuckers looked toward Jesi who had her arms wrapped around herself.  She often caught him watching Jesi over the last few days. When he wasn’t watching Jesi, she was watching him.

Maggie took a deep breath. Steady she told herself. “Are we ready?”

Jesi nodded and took a step back toward Chuck. He nodded in turn.

Maggie stepped forward and threw the herb mixture on the wall in an arc and said “SECURITY.”

Her voice was loud and full. She could feel the magic fill the room as the herbs fell on the wall. The wall began to glow a bright blue and protrude pushing previously unseen electronics forward. Everything stopped shimmering and a table sat against the wall with the computers and monitors, all on and showing video.

“Security?” Chuck looked at Maggie. “That is your magic word?” She shrugged. Jesi had her head in her hand.

“It’s easy to remember.” She sat down at one of the computers. “And very few people will try something so obvious.”

Maggie sat in front of the main computer with Chuckers to her right and Jesi beside him. Maggie began to pull up the video from the night before.

“Oh, it is.” Jesi said. “It is just magically hidden so people don’t know they are being recorded and so they don’t mess with the tapes.”

“It was actually Jesi’s idea.” Maggie said. She noticed Chuckers smile at her cousin. “Our G-ma had this system and was worried that people would mess with it. Jesi said she should hide it. G-ma asked, ‘Well where?’ All huffy like she would get. Jesi looked at her and said ‘With magic.'” Maggie laughed. Thinking of G-ma helped her feel safe again. They could ruin the shop, but not her memories. Jesi was trying to cover her face. “G-ma’s expression was so funny. I’ll never forget it.”

“Anyway,” Jesi said, “I think we should start after we left last night. What time was that? Around 8:15?”

“Yeah. Let me see.” Maggie already had the footage up. Everyone watched as they went through the playback.

“Stop.” Chuckers pointed to the screen. “What time is that? 1:12am.” Chuckers pulled out his notebook. That small notebook seemed made for his hand.

“Okay, let’s go watch the full video once with each camera.” They all sat in the small room staring at the figure that was tearing apart the place. No one spoke. Maggie could barely breath. The more she watched the angrier she became. The tears that threatened to fall earlier fell without abandon. After the last camera played, they all sat starting at the screens. Maggie tears wouldn’t stop.

“So, we never got a good look at the intruder. His hood stayed up the entire time and he kept his head down. All we gave to go on is height. About 5’10” I would say.” Chuckers paused. Maggie didn’t turn to look at him. “Now he came to this room first. Is there something in here that anyone would want?”

Maggie and Jesi looked around the room.

“Drying herbs? Or the safe?” Maggie said, “But he didn’t even touch the safe. And all these herbs are common. The special herbs are usually ordered or dried off site and kept in the magic room for purchase.”

“This is your workbench.” Jesi said. Her dark eyes stared at Maggie. Maggie remembered that stare. It was Jesi’s lawyer stare.

“And you, Emily, and I sat here last night going over the powder we took from Amber’s bedroom.”

“Do you really think he would come here to get it back?”

“Maybe,” Jesi said, “if there is something about that powder that can link him to the crimes.”

“Jesi’s right.” Chuckers said. He had a hint of a smile as he looked at Jesi. Maggie didn’t think she could handle the two of them together for much longer. “Where is the sample now?”

“In my bag.” Maggie said. She pointed to the bag on the floor beside her.

“Where you able to figure anything out?”

“I have the main ingredients. I was going to spend most of today going through the books trying to link them all together.”

“You should go through your sale receipts to see who has brought all those items recently. When I get the analysis back from the lab, I’ll bring you the report and we can compare.” Jesi put a hand on Chuck’s shoulder. Maggie wanted to roll her eyes. Her shop was in rambles. They were making eyes at each other.

“I need to get a copy of this back to the lab. Our video analysis group might be able to get more out of it.”

“Yeah. I’ll do that now.” Maggie turned back to the computer and pulled the footage.

“Thank you for being here today.” Jesi said. “Why were you here this morning anyway?”

“I came about the powder and to ask more questions about this magic.”

“A little over whelming, huh?”

“Yeah. That’s not the only thing.”

Maggie gave Chuckers a copy of the footage and ushered them both out of the workshop. Jesi walked Chuckers out and Maggie was alone in the shop. Her store. Maggie’s heart hurt. It was her first love. Magic. This shop. They were one and the same. Now the walls were dented and the counter scratched. She wanted nothing more than to crumple on the floor and cry. The task before her looked so big. She didn’t know where to start. This was her life and it lay in broken piles before her. Tears poured down her face faster than she could wipe them away. Jesi walked back into the shop over to Maggie and wrapped her arms around her. Maggie let Jesi hold her. Together they collapsed on the floor. Jesi rocked Maggie as she cried.